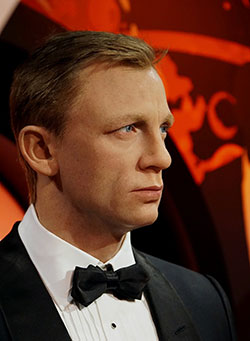 In every James Bond film, there’s a moment where 007 meets with the legendary ‘Q’ who promptly fits James with weapons that, while scientifically questionable at times, are designed to aide him on his next clandestine mission. These objects may seem to be ordinary to the untrained eye; throughout the years we see Q bestow 007 with exploding toothpaste, radioactive lint, and many more objects that seem innocent enough. But, invariably, when 007 finds himself in a pinch, these mundane items transform into weapons that enable Bond to mow down dozens of evil henchmen, save the world, and still have time for a little “enhanced interrogation” with his current lady-friend.

What is it about these objects that spark our imagination and enthrall us? I mean, come on, let’s imagine this for a second. You’re watching an old 007 film you’ve never seen before, and right at the most pivotal moment in the plot, right when the very well-being of humanity seems to hang in the balance, and you can’t see how things could possibly be resolved, James comes out of nowhere and (A) places the bad guy under arrest, or (B) launches a rocket at the bad guy out of what appeared to be a boom box, blowing him and his evil plot to smithereens. Which would you like better? There’s just something about these seemingly innocent objects. Maybe it’s the fact that they hold a secret that only we know? Maybe we enjoy this feeling of hiding in plain sight? Maybe this explains why hidden storage furniture is such a hot trend right now. 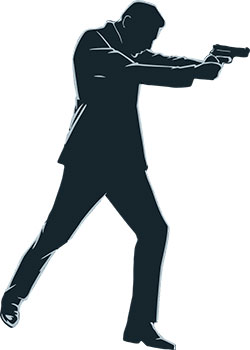 Now, I could be totally off base here. I mean, people could simply love furniture with hidden compartments because they reduce space. Or it could be that they can be fashionable and functional by offering safety and security for belongings. But there will always be a small part of me that wants to believe that opening a secret compartment in a nightstand, or hiding your TV in your footboard gives a small thrill akin to using some of the legendary Bond gadgets. Today, let me be Q as we talk about three 007-worthy space savers that get things out of sight. Like Bond’s gadgets, they look like everyday objects, but these pieces of hidden storage furniture have a few tricks up their sleeves.

There you have it, our top three pieces of 007-worthy hidden storage furniture. Furniture that, like James Bond himself, lives a double-life. Now, even though these pieces of furniture are fun and exciting, they are incredibly functional and practical. Whether it is keeping your belongings safe, keeping you safe, or simply saving you space, storage furniture needs to have a place in your home.

Getting to Know our Chino Hills Murphy Bed Showroom