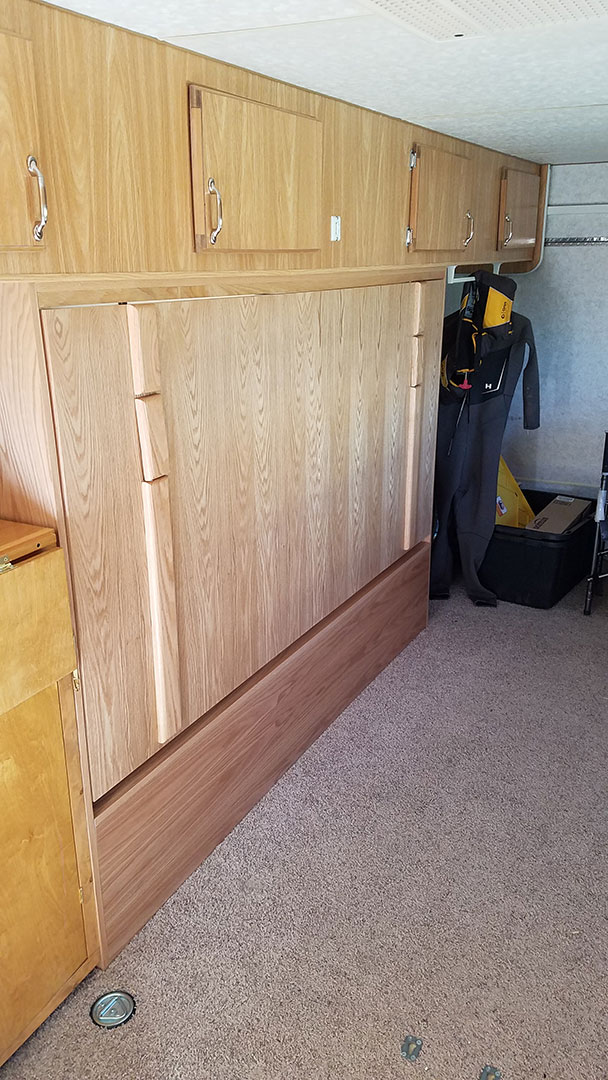 Wilding Wallbeds has a long and brimming history of customizing their wall beds to fit just about any application. From full room libraries to highrise penthouse built-ins, but every now and then they come up against a job that makes even them do a double take.

When Scott of Midvale Utah contacted Wilding Wallbeds, he had a very interesting design idea and needed help. Scott wanted to mount one of Wildings Wallbeds inside of his toy hauler trailer, essentially making it into RV sleeping space. The compact space in the trailer made it impossible to get any conventional sleep system to work, especially since Scott needed room in the toy hauler for his motorcycle while on the road. Turns out that the design of a Wilding Wall Bed were perfect for this application. When the bed was down Scott would have a comfortable sleep space, and when the wallbed was retracted, Scott’s motorcycle could be pulled in and anchor in the vacancy. 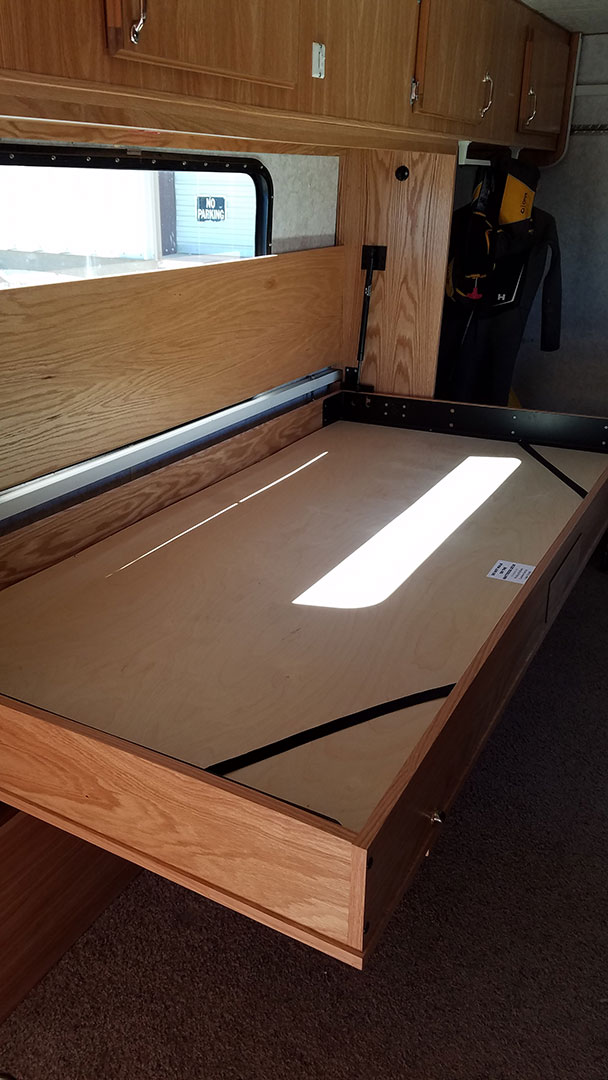 The concept seemed flawless, but there were plenty of obstacles to overcome. First off the bed needed to be a twin sized extra long in order to make the best use of the available space. Then the bed would have to be modified to mount over the wheel well of the trailer. This changed the engineering of the bed in the down position. Instead of resting on the legs of the bed, a strong-arm hardware would have to be custom mounted inside the bed box to carry the added weight and pressure. Similar to Wildings Bunkbed designs. Also, since the bed had to be mounted so much higher, the bridge component of the bed had to be modified to accommodate the remaining space. In the end the Edge style side-mount twin extra long custom toy hauler Wallbed was a success.

So if you find yourself cruising highways in southwestern United States and you happen to notice a guy towing a toy hauler with his eye-patched skeleton riding shotgun. Give Scott a wave. 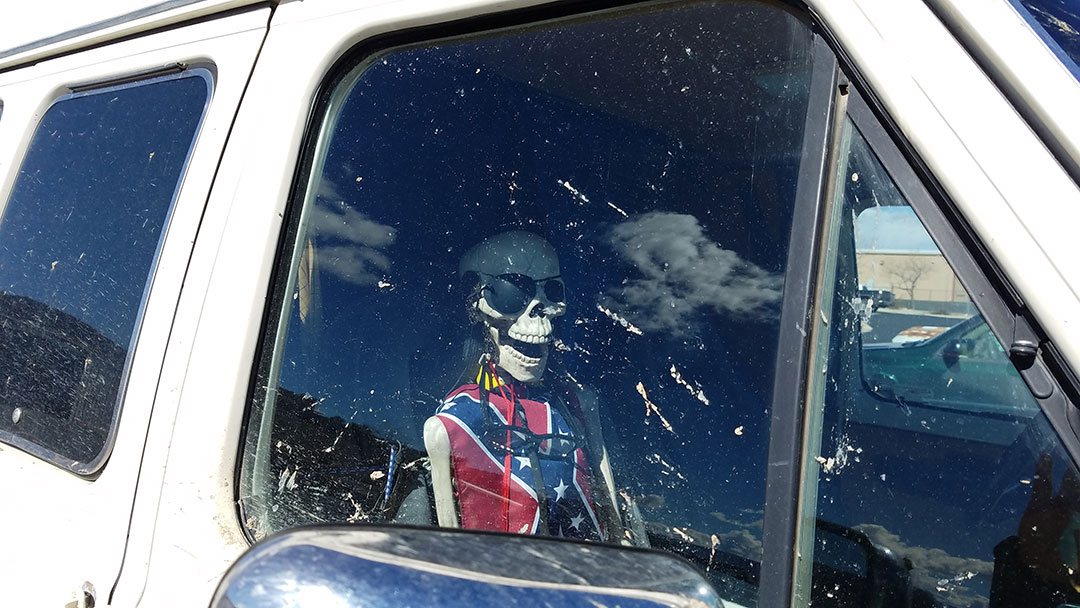 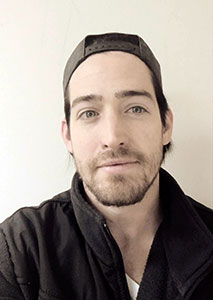